We are back from SHOT Show 2015, and boy what an awesome show it was. There were various new products for us to fondle, many of which we’ll be testing in the coming weeks and months. Below you will find some highlights from the show, including our unboxing of the new MBT-2S trigger from LaRue Tactical.

First up is the new LaRue Tactical MBT-2S trigger (which stands for Meticulously Built Trigger – 2-stage). This is the first trigger LaRue has made in-house, which is reported to be a highly effective, two-stage trigger, offering a crisp break, with a total pull weight of 4.5LBS. The first 2.5LBS are taken up in the first stage, and then you have a 2 pound second stage. LaRue also notes that the trigger offers a smooth and positive reset.

The trigger retails for $249 direct from LaRue Tactical, and they are shipping now. We have this trigger in hand for review, and will be putting it through the paces directly. Stay tuned for our complete review. 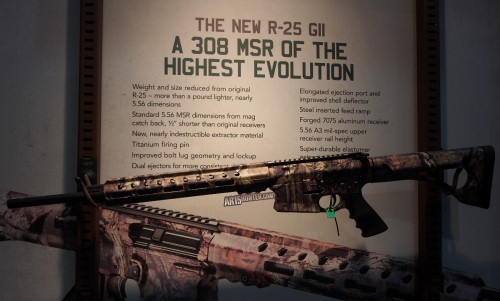 Freedom Group launched a new product under their Remington brand at SHOT Show 2015 with the new Remington R-25 GII AR chambered in .308. Using the newer GII platform first seen on their DPMS brand, the new R-25 GII offers the power of a .308 or AR-10, with the feel of an AR-15 platform rifle. The GII lowers offer similar dimensions to an AR-15 lower from the magwell back, meaning users will notice little difference from their 5.56mm/.223 rifles.

The R-25 GII is also very lightweight. The model we held at SHOT Show weighted in at approx. 7.5LBS (according to the rep), and it featured a camo scheme with a fixed stock. The stock and handguards are unique to Remington, and were quite comfortable when we shouldered the rifle. MSRP will be announced at a later date. Look for our complete review on this rifle in the coming months. 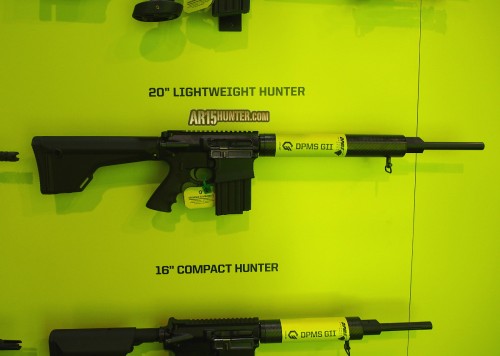 They also had several of their newer DPMS GII .308 AR models on display. The two new models released at SHOT Show this year were the 16″ Compact Hunter and the 20″ Lightweight hunter. We were very surprised by the weight and balance of these .308 ARs. They felt more like a standard AR-15, than an AR-10. This is thanks in part to sharing more similar dimensions to a standard AR-15. They even accept standard AR-15 triggers, so you can use popular models from LaRue, Geissele, Rock River, CMC, etc.

We’ll update this page with more details, including pricing and availability, once we have them. 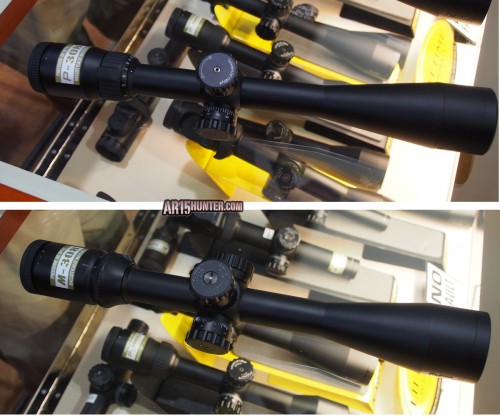 Nikon released their new .308 AR rifle scopes at SHOT this year, adding to their Monarch and Prostaff lines. The P-308 and M-308 scopes offer similar features to their P-223 and M-223 lines, however they’re ballistically optimized for .308/7.62x51mm ARs.

Pricing and availability is to be announced.

The folks at Franklin Armory have released several new products for 2015, including a carbine version of their popular F17-L AR15 chambered in .17WSM. This model features a 16″ barrel, versus the 20″ on the original F17-L model, along with a collapsible M4 carbine stock and buffer tube (aka receiver extension).  This version offers reduced weight, along with better maneuverability compared to the full rifle versions. The F17-M4 Carbine features standard forged receivers, and will retail for $1499.

Alongside their new rimfire offering, Franklin released that they are working on a new .308 AR, or AR-10 rifle. This rifle is still in the prototype phase, so we don’t have any more details at this time. We’ll be sure to add details, and photos, as they become available.

LWRC released several new rifles at SHOT Show 2015. We’re going to cover four of the new models that we feel would make great rifles for hunters. These high-quality rifles offer many appealing features, including reliable piston gas systems, spiral fluted barrels, adjustable gas blocks (great for hunting suppressed), free-floated hand guards, and ambidextrous controls. You can also upgrade the trigger to a Geissele SSA, for an additional fee (on some models).

First up is their new SIX8 RAZORBACK rifle chambered in 6.8SPC. This model offers a lightweight configuration, with a 16″ or 14.7″ 1/10 twist barrel that is free-floated, and a collapsible stock.  This one is available in a burnt bronze finish.

Next we have their new A5 platform, which is available in 5.56mm (IC) and 6.8SPC (SIX8). This model offers all of the features of thier RAZORBACK line, however adds a spiral fluted barrel and an adjustable gas block system. You can choose from FDE or OD green finish.

Another option that hunters may like is their SPR rifle. Like the models above, you can choose from a 14.7″ or 16″ barrel, which offer their spiral fluting as an option. This series is also available in 5.56mm and 6.8SPC. This one is available in FDE or black.

Lastly we have their new REPR .308 AR models. This series was updated for 2015, with three new models; REPR 16″, REPR 20″, and the REPR 10. The latter is based more off an AR-10 setup, using a charging handle charging system, versus the side charging system we see on their other REPR rifles. Some of the highlight features of these new rifles is spiral fluting on their barrels, Geissele SSA triggers, and a 24 position adjustable gas block.

For more details on all of these rifles, visit the LWRC website.

Lead free seems to be gaining in popularity, as most all of the major bullet makers are now offering new lead free bullets, in all of the popular calibers. Nosler is no exception, with their new E-Tip bullets in .224 caliber (for .223 rifles). They claim this new bullet design, “allows for immediate and uniform expansion, yet retains 95% weight for improved penetration.”.

They are currently only offering a 55gr projectile in .224, however we’re hoping they’ll had some heavier weights in the future. We will be testing these new projectiles in their factory loaded ammunition as soon as they become available.

We are excited about all the new products the manufacturers are offering that will add to the AR15 Hunter’s options for hunting equipment and we are eager to get them in house for some hands on use.  2015 is going to be quite busy, so stay tuned as we do our best to get these new products in, and evaluated, both at the range and in the field, in a timely manner.